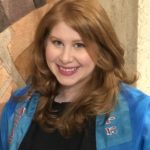 Think back to the cusp of fall and winter in 2013…do you recall any excitement surrounding Thursday, November 28th? We eagerly gathered with friends and family to celebrate the momentous occasion. Some of us even bought special edition chanukiyot from Kickstarter shaped like turkeys in anticipation of the statistically incredible event- Thanksgivukkuh-the coinciding of Thanksgiving and Chanukah. #Thanksgivukkah was created, “Gobble tov!” became a well wish and sweet potato latkes graced many a table. This overlap of the holidays happened twice in the 1800s, but because both the Gregorian and Hebrew calendars are drifting at different rates from the solar year, it will become even more rare in the future, making this a once in a lifetime event, but I digress.

Why was November 28th, 2013 so special and important to us? Why was there so much hoopla surrounding the holiday? I believe it is because the essence of Thanksgiving feels Jewish to us, and its occurrence during a Jewish holiday made it official, if only for one year.

Why do we celebrate Thanksgiving? In elementary school, we are taught about the Native Americans, the Pilgrims and the meal they shared together, which a couple of hundreds of years later, became the foundation for the national holiday of Thanksgiving. As American Jews, we often find ourselves having to balance our dual identities; Jewish law prohibits us from taking part in gentile customs out of concern that we may stray away from Jewish rules and values. Interestingly, Thanksgiving does not fall into this category because it has become a secular holiday despite the religious motivation that prompted the Mayflower journey.

What makes Thanksgiving feel Jewish? It is a harvest celebration, not entirely unlike Sukkot, and it focuses on being thankful. The pilgrims on the Mayflower were Puritans who sought religious freedom; something that resonates with the Jewish experience and is reflected in the Chanukah narrative. In the Jewish tradition, we bless our food and drink, (among many other things) to show our appreciation to God. While God is not overtly present in the celebration of Thanksgiving, it is about being grateful for the harvest bounty, and who do we thank for that, if not God? Both holidays bring us home to friends and family and fill us with warmth as it gets colder outside.

As the leaves change colors and eventually fall to the ground, some of us dread the ever-growing shorter days, impending darkness and the bareness of the trees around us. Romanticized visions of the first snowfall and enjoying chicken soup during the first snowstorm are soon replaced by the reality of ice salt containers, broken snow shovels and mucky snow.

Our festival of lights, Chanukah, purposefully occurs in our darkest days. As determined by the school of Hillel, we increase the number of candles with each day, adding another one until the eighth day. By adding new and increasing light during our literal darkest days, we are not only reminded of the “miracle of light” but are taught that even when we are surrounded by darkness, light is present. The reminder of the miracle that occurred so long ago encourages us to stay hopeful and positive as the days grow shorter and darker. As we gather close to one another, the warmth of our love (as well as the oven) pervades and comforts us. Celebrating together and engaging in our traditions- the familiar sights, sounds, smells and tastes remind us that goodness endures.