Our Clergy and Staff

Shalhevet, a native Long Islander, grew up in Sayville and graduated from Brandeis University in 2000. Before enrolling in Rabbinic School, she worked for Synagogue 2000 (now Synagogue 3000) and at Temple Sinai of Roslyn. Rabbi Shalhevet was ordained by the Hebrew Union College in May 2008 and joined North Shore Synagogue in July 2008 as our assistant rabbi and became associate rabbi in 2011.  North Shore Synagogue was honored to promote Rabbi Shalhevet to Senior Rabbi beginning July 2015.

Rabbi Shalhevet has a long-standing interest in composing and playing music. She was a senior song leader at the URJ’s Kutz Camp. She has a primary academic interest in Jewish mysticism.

Rabbi Shalhevet is married to Rabbi Helayne Shalhevet and lives in Plainview, New York with their children, Samuel, Gabrielle, Benjamin and Jacob.

Jacquelynn Golub grew up in Woodbury and has a long history at North Shore Synagogue.  After many years as a superb teacher, Jacquelynn became Religious School Director starting in the 2016 – 2017 school year.  In 2017, she took over as Executive Director, bringing her talents to every aspect of life at the temple. The synagogue has been her second home since Nursery School and continues to be a major facet in her life.

Jacquelynn received her Bachelor’s degree in Psychology and her Master’s degree in Childhood Education and Students with Disabilities from Adelphi University. Her love for education was fostered while teaching in public school on Long Island and working with special needs children at the Sid Jacobson JCC, Camp Kehila.

Educating children has always brought her a sense of fulfillment. This, matched with her love for Judaism, has brought her to where she is today. North Shore Synagogue is proud to welcome Jacquelynn as our new Religious School Director. 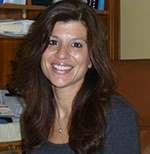 Jacquie holds a B.S. from C.W. Post College in Early Childhood Education as well as a Master of Science in Education from Queens College. She is certified in Nursery, Kindergarten and grades 1-6. As Educational Director for over 20 years in Early Childhood education in Syosset, Jacquie developed a reputation as a dedicated, caring, and energetic leader.

North Shore Synagogue is fortunate to have Jacquie’s professional expertise and warm presence guiding our youngest children and their families.

Rabbi David A. Whiman became Rabbi Emeritus of North Shore Synagogue, Syosset New York in July 2012 after serving as Senior Rabbi since 2003. After graduating Phi Beta Kappa from the College of William and Mary he served as an officer in the United States Navy. Inspired by his volunteer work as Jewish lay leader for military and civilian personnel in Athens Greece, he entered the Hebrew Union College-Jewish Institute of Religion and was ordained in 1979. He served congregations in Houston and Boston before coming to New York.

Rabbi Whiman is acknowledged as a superb preacher and was invited to speak at Harvard’s Memorial Church, the Institute of Religion and to address the Episcopal House of Bishops.

Over the span of five decades, Rabbi Daniel Fogel z’l contributed in so many ways to the spiritual identify of North Shore Synagogue. But that is not the only contribution he has made as a spiritual leader.

Rabbi Fogel was deeply involved with supporting Soviet Jewry during the years when Jews were not allowed to emigrate. Rabbi Fogel was also a leader in the Civil Rights movement, and was among a group of rabbis arrested on June 18, 1964 in St. Augustine, Florida for sitting in an integrated group in a restaurant in response to a request by Martin Luther King, Jr

Rabbi Fogel passed away on April 5, 2020. He will be remembered for his warmth and for his ethical, moral and spritual leadership that affected not just the North Shore Synagogue community, but well beyond the synagogue walls..

The distinguished career of Rabbi Robert M. Benjamin z’l spanned more than three decades of service. He was ordained in 1966 at Hebrew College in Cincinnati. His first pulpit was in Fargo, ND. From there, he served in congregations throughout the Midwest; Windsor, Ontario, Canada; Terre Haute, IN; and Davenport, IA. Rabbi Benjamin came to LI in 1985 when he became the rabbi at Temple Beth Elohim in Old Bethpage in 1996.

Rabbi Benjamin passed away on June 20, 1999 after a courageous battle with brain cancer. He will be remembered as a beloved Rabbi, esteemed colleague and a gentle, compassionate, caring individual.

Rabbi Louis Stein was the founding rabbi of Temple Beth Elohim, Old Bethpage, N.Y. and upon the completion of forty years of service he retired and was awarded the title of Emeritus with the school wing dedicated and named in his honor.

He received his Bachelor’s Degree from Queens College, N.Y. and was awarded a Fellowship in the Department of Education while working toward his Master’s Degree. After several years of teaching in a public school he enrolled in the graduate program at Hebrew Union College – Jewish Institute of Religion. Upon completion of the five year program of studies he was ordained a rabbi.