A trip, a vacation, or a pilgrimage? (Rabbi Shalhevet) 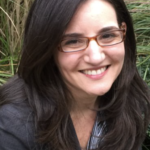 A trip, a vacation, or a pilgrimage? That is often the question posed when traveling to Israel. And when North Shore Synagogue and Temple Beth Emeth of Mount Sinai took a co-synagogue Israel trip this past February, we answered that question. A pilgrimage can certainly be seen in a spiritual sense, but it can also be in an educational sense. We had both. My favorite participant quote this trip was, “I’ve visited Israel before, but this time I visited Israelis.” This journey to our Holy Land was unlike any other.

We began by visiting Old Jaffa and Tel Aviv: Old Jaffa to experience the oldest Port city in Israel and to learn about the many different cultures which have inhabited that very same city, and Tel Aviv to experience a Reform Synagogue Erev Shabbat service with a welcoming community, to celebrate the Bar Mitzvah of Seth Margolin, one of our own NSS students, and to take a tour of the amazingly meaningful graffiti in this modern city. The rest of our trip was just as varied and amalgamated – from visiting Kibbutz Aza on the Gaza border to learn about how children play in playgrounds equipped with bomb shelters, to traveling to Kibbutz Lotan which lives in an ecological recycled world working to make the desert bloom. We toured the Jewish settlement of Efrat in the West Bank to listen to the voice of a frustrated resident on one side of the argument. We then went directly to another area of the West Bank where an organization called Shorashim meets. Led by a settler rabbi and a Palestinian resident, they engage in conversation and programs to bring Palestinians and Jews together. And while half of our trip visited the Jordanian city of Petra, the other half climbed a mountain in the desert and snorkeled in the Red Sea.

We prayed at the Western Wall where, in recent days, the news has reported tension between different denominations of Jews and men and women were separated, and then we prayed at the egalitarian section of the Western Wall where we prayed together as one beautiful community. We learned ancient history at the Israel museum and we rode the Jerusalem light rail, a train going through the entire city of Jerusalem, only built a few years ago.

The Israel of past, present, and future – the land, the air, and the people.
So, was this a trip, a vacation, or a pilgrimage?
Unequivocally, “yes.”

The same can be said for this upcoming holiday of Passover. It can be a holiday all about food, all about symbolism, or all about history. Or it can be a holiday of all three – and more. Passover commemorates the end of generations of slavery and the beginning of a covenant with God and a complicated journey and relationship with the Promised Land – the very one we visited in February. Is Passover a cultural holiday? Yes, absolutely. The food is cultural – brisket, matzah ball soup, matzah brei and so much more. Is it historical? Also, yes. The entire Hagaddah is a history book – not only of the exodus from Egypt, but also of the many generations later of rabbis who comment on the seder and teach us what freedom looks like or can look like in each and every age. Is Passover spiritual? Most definitely, yes. Passover is not just about the past slavery and subsequent freedom of the Israelite people, but also a hope for all people to be free today and for an individual freedom from ourselves and our own misguided ideas about ourselves.

Just like we did saw Israel through varied lenses on this past trip, so may we all see ourselves through the lens of freedom and light this Passover season.